You have a rare opportunity during the holidays to sit down with the younger side of your clan to discuss their future and discuss which field of study they plan to pursue. The kids may act like they don’t want to talk about it but you both know they need to have the conversation. The good news is you can gently guide your kin by asking questions rather than telling them what to do.

A Pre-Question – What Do You Want Your Life to Look

Yes, certain majors are more lucrative than others but don’t start off with that.  Instead ask Junior what he wants his life to look like down the road.

It’s true that most people don’t end up doing what they study to do. But educational choices still have far reaching consequences.  They open some doors and shut others. Consider the following questions and ask your child to prioritize them before they make their schooling decisions:

These are some of the questions they need to ask and find answers to. Too many people think about college as a four-year experience. It isn’t. College is a gateway event. It sets people on a path. It’s not impossible to change that career path of course. But their journey will be far easier if they start out going in the right direction. Agreed?

Is Unemployment A Concern?

If that’s the case, forget philosophy and language arts, English and Drama. Check out these stats: 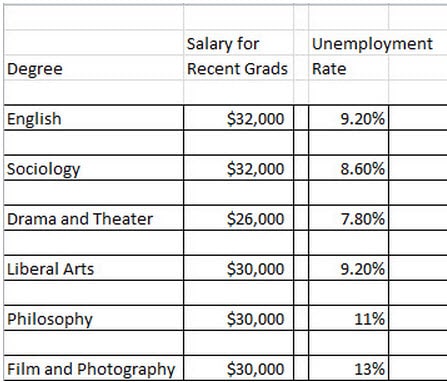 What I find fascinating about this is that even though many of these people are able to find work, it’s often in retail stores. These are jobs that they could have snagged without going to college for four years.

Compare this to recent math, science, engineering and technology grads. These people are in high demand. There is almost no unemployment within their ranks. Their starting pay is double or triple those mentioned above and the only way somebody graduates with one of these degrees and doesn’t work in the field is if she doesn’t want to.

Maybe my way of thinking is skewed. But I like playing the odds. If your children study something that is in high demand, they won’t have to be a super-star to have financial security. If they study drama, they will have to be in the top 1/10 of 1% in order to make a living. Is it possible to succeed? Yes…but the odds are very much against them.

This is not to say that everyone must study math, science, engineering,technology (or business) in order to be successful. Also, I’m not trying to say that the only way to be happy is to make a ton of money. I’m only saying that if your kids put a priority on financial security, forget the shiatsu and pick up the science.

Try to get your kids to approach this question with a long view. Don’t think about how fun or boring the educational experience is going to be. They can have either one regardless of what they study. Encourage them to make a decision that they will be delighted with 10 or 15 years from now. The best way to do that is to have them imagine what they want their life to look like after college and work backwards.

What are your kids going to study? Why?  Are you going to talk about it with them?  When?

I'm a CERTIFIED FINANCIAL PLANNER™ Professional with more than 25 years of experience. I feel very blessed and hope to share my personal financial experience and professional wisdom with readers of WealthPilgrim.
Read More » 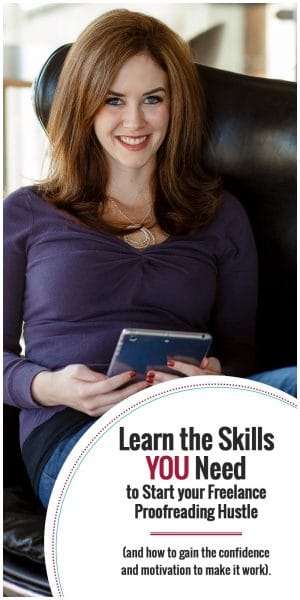