You’ve probably heard about Groupon and how it’s the best thing since sliced bread. I don’t like it because it’s going to result in a lot of people spending money needlessly. If you’re wondering how to stop spending money, this is not going to help you. In case you haven’t gotten hooked yet, here’s the skinny on this new craze as I understand it. 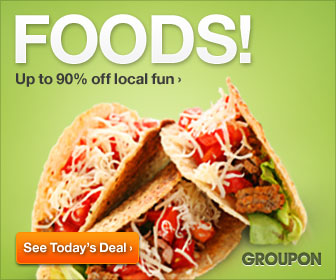 To start, a consumer would sign up at www.Groupon.com. After that, you’ll get an e-mail with a killer deal – you know…something you absolutely positively can’t live without – every day. The vendor makes the deal available only if enough people buy. If enough people don’t take the vendor up on his/her offer, the vendor withdraws the offer. Even if you still want the deal, it’s too bad. You won’t get it. On top of that, Groupon piles the pressure on by putting on a time constraint. If not enough people purchase by a certain time, the deal is off too. It’s a simple and brilliant business.

Groupon asks a few questions about you to try to get to know where you are and what your buying preferences are.

As you scroll down the screen, you’ll see the “deal of the day,” and that’s when the pressure starts.

Why Groupon Is Dangerous

Evil might be a tad strong. But I do think Groupon could wreck your budget and credit score really easily. Get enough of these offers and you’re going to be spending money you didn’t plan on spending. Trust me on that. They’ll convince you that you’re saying money. But you may have to start borrowing money just to pay off the debt you’ve accumulated to “save all that money.”

You see, when they send you these deals, you’ll see how much money you save by taking advantage of the offer. You’ll also feel like a putz for not selecting “BUY NOW” because the time is tick tick ticking away and you don’t want to miss out. This is the same old trick used by the Home Shopping Channel and how it got millions of viewers to buy crap they didn’t need. I know of a few cases where people actually got hooked on this show and spent their entire day – and retirement – on the wares being offered.

In my opinion, the likelihood is great that a lot of people are going to end up spending a ton of money on junk they don’t need but are convinced they want. That’s why I’m not a fan of Groupon. If you have a lot of self-control, I suppose it might be OK to sign up and get the deal of the day.

(For my money, I’d rather pay full retail if I have to for stuff I really want and have done the research on rather than buy lots of things I don’t really need at a discount. Shopping is dangerous because the activity involves a chance to spend money on stuff you don’t need. Why not just go shopping as you need it? The individual item may be more expensive, but you’ll save in the long run because you won’t expose yourself to the risk of buying for its own sake.)

The lie is the “Total Dollars Saved.” Sure, that number might be right when compared to the amount that would have been spent on the schlock at full retail. But my guess is the people who bought the “deal of the day” could have easily lived without it. The number of “total dollars saved” by people who didn’t subscribe to the site is likely 10 times the figure above.

What’s your take on Groupon? Do you agree or disagree about the dangers of Groupon? Yes, money can be saved if you spend wisely, but for many this is just another spending trap.

I'm a CERTIFIED FINANCIAL PLANNER™ Professional with more than 25 years of experience. I feel very blessed and hope to share my personal financial experience and professional wisdom with readers of WealthPilgrim.
Read More »